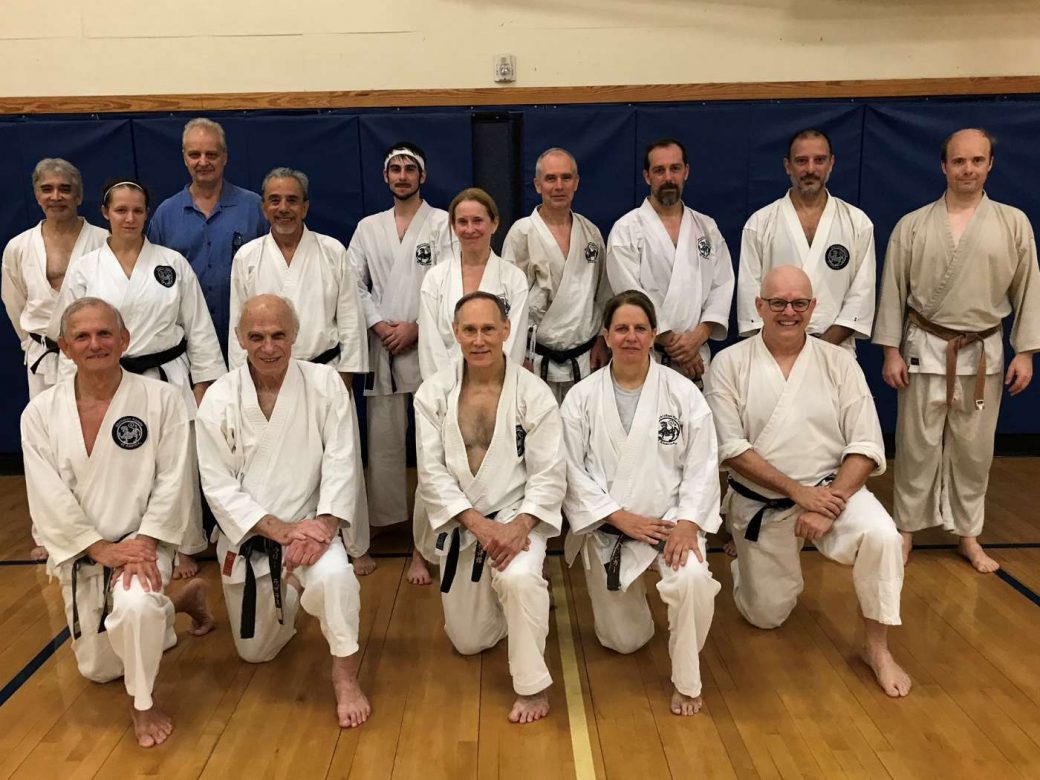 On Saturday September 8, the Chapel Hill Shotokan Karate dojo dedicated its practice to the memory of former member Mirta Mihovilovic, who passed away unexpectedly on August 5. Mirta’s memory inspired an exceptionally spirited class, led by LH Lazarus, godan, with whom Mirta began practicing in 1985. The practice drew both dojo alumnae who had not donned gis for many years and out-of-towners, godan Kitty Gallagher and sandan James Solazzo, both of whom drove hours to take part.

Mirta would have turned 72 today.

As an Amazon Associate, SKA earns from qualifying purchases